Feral dogs are dogs that have either grown up in the wild or have had no positive human contact. Some were born to stray dogs. Some were born in puppy mills or other neglected conditions.

And some are escapees from abusive homes.

However they became feral, this lack of socialization makes us and our environment a huge source of fear for them. Helping a rescued feral dog adjust to domestic life is a challenge that requires courage, patience and restraint, and a ton of persistence.

The good news, however, is that it can be done.

Help a feral dog to adjust by using reward-based training exclusively. It has been shown to create greater trust and optimism in dogs reinforce the dog-trainer bond. The latter is extremely important with rescued ferals because these dogs have never had positive associations with humans before.

Dogs are social animals at heart and have an 11,000-year history of adaptation to life with humans. The first thing to remember in socializing a feral is that despite those millennia of domestic ancestry no dog can speak Hooman.

Instead, you have to learn Dog.

From getting a newly-rescued feral dog to calm down in your presence, to building a trusting relationship with you to teaching it acceptable manners, you will need to know how to read a dog’s body language and moods, learn to understand its fears and issues from a dog’s point of view and learn what motivates it to get results.

While most of us are familiar with dog happy signals – tail wagging, play bowing, the doggy smile – we’re usually familiar with only the most obvious fear signals like cowering.

To work with a rescued feral, you’ll have to learn to read its subtler cues so you can adjust your approaches to its state.

The last thing you want to do with a rescued feral is to push it into its crisis mode, when the only actions it considers are fight, flight, or abject submission.

Yes, even that last one is bad because it means the dog is absolutely terrified of you, which can undo any previous progress and make its adjustment harder.

How to Get a Feral Dog to Trust You

Because feral dogs have no positive associations with humans, and often have negative ones, the first and most challenging step in socializing a feral is getting it into a calm and trusting state.

You have to convince the dog that first, you’re not a threat, and second, that your presence is a good thing.

Unlike properly socialized pets, you cannot calm a rescued feral by word or touch. Instead, you have to demonstrate over some time that you’re no threat and that you’re a source of pleasant experiences especially food.

Use a Non-Threatening Approach

Your initial approaches to the dog should demonstrate non-threatening behaviors. Observe the dog carefully for behaviors showing anxiety, fear, or aggression. Take it slowly, and let the dog accept you on its own terms. If you see its ears go back, take a few steps back.

To start a rescued feral learning to trust humans, start by teaching it that you’re a reliable source of food. This starts the dog associating you, then other people, with good experiences.

This method is adapted from here.

You can also use food to desensitize the dog to the objects, places, and situations of domestic life such as leashes, brushes, a new crate or pen, baths, and so on.

Remember that your feral dog will find a lot of everyday objects and situations strange and therefore frightening, so always be prepared to give it a calming treat when needed.

Hang Out with the Dog

To help the rescued feral get used to and accept your presence and the sights, sounds, and smells of your home as normal, keep it near you as you go about your day.

Place its pen or crate in your kitchen or living room and just let it stay there as you go about your routines without talking to it or demanding its attention.

Once it’s comfortable with this, try tethering the dog on a long leash indoors. Have a supply of treats handy with which to reward domesticating behaviors such as looking at you or approaching you, or showing welcoming gestures like wagging its tail or making a play bow.

Let Your Other Dogs Help

If you have other dogs and the feral dog reacts positively to them, you can also try letting the feral hang out with them.

Well-socialized dogs can act as role-model packmates, teaching the feral how domestic dogs should live through their play and their interactions with people.

If the rescued feral accepts other dogs, they can make the process of socializing so much faster and easier.

Use Reward-Based Training Only

Scientific studies have begun to show that the use of punishment and negative reinforcement, such as putting pressure on a dog to sit down or using choke collars, tends to be counterproductive and have unwanted side effects such as aggravating dog aggressiveness and weakening the bond with the owner.

Remember that with a feral dog, the burden is on you to prove to it that humans are good. Use of punishment or negative reinforcement can make the dog fear you to the point that it becomes unresponsive or aggressive, or motivate it to escape. Instead, you want to build a relationship where the dog sees you as a source of security.

Use Food as Reward

While we may reward our pets with a mix of reinforcements from food to praise and pats, a rescued feral will understand and be motivated by food alone at first.

It doesn’t value human contact yet, so praises and petting or hugging are meaningless to it in the early stages.

How to Leash Train a Feral Dog

Rescued ferals often react explosively to being leashed, so this is a vital part of training that cannot be rushed. While some advocate using choke or prong collars to speed up the process, doing so is likely to be counterproductive in the long run.

Leash training a feral dog is much like leash training a human-raised puppy but will require more time and patience. Introduce the leash slowly, taking multiple sessions if you have to. Begin with accustoming the dog to a drag leash, then to a long leash that lets it roam and play until it’s ready to do a leashed walk.

To leash train a rescued feral, try the following approaches:

How Long Does it Take to Domesticate a Feral Dog

Every feral dog has its own unique personality and history; some may have lived wild all their lives, and some may have a history of human neglect or abuse. This means it will take different individuals different times to learn and adjust to life with humans. Be patient and persistent, and take things at your adopted dog’s own pace.

Feral dogs will often have multiple issues that make domesticated life challenging for them and their new families.

Each may have its own deepest fear of something due to past trauma. A dog that was beaten by a man may have problems trusting any human male for a while.

Some feral dogs may learn to trust and bond pretty quickly with their trainer or adopter, but take a long time to get over the fear of being in places with lots of people.

You will have to deal with each of these issues in turn and to do this without exerting a counterproductive amount of pressure on the dog will take time.

Remember that once a dog’s mind has entered that crisis state of fight-flee-or-shut down, it can’t learn anything. Make sure the dog feels secure as you train it, and give it chances to relax whenever it enters a crisis state.

Progress is often in tiny increments, and expect some back-sliding. Constant positive reinforcement is needed to set desired behaviors as habits.

Don’t let frustration tempt you into yelling at or punishing the dog; it simply doesn’t understand why it’s being punished, and the negative experience can undo a lot of your progress.

For a great example of the patience, persistence, and technique used to re-socialize a feral dog, watch this new series of Youtube videos by trainer Zak George. 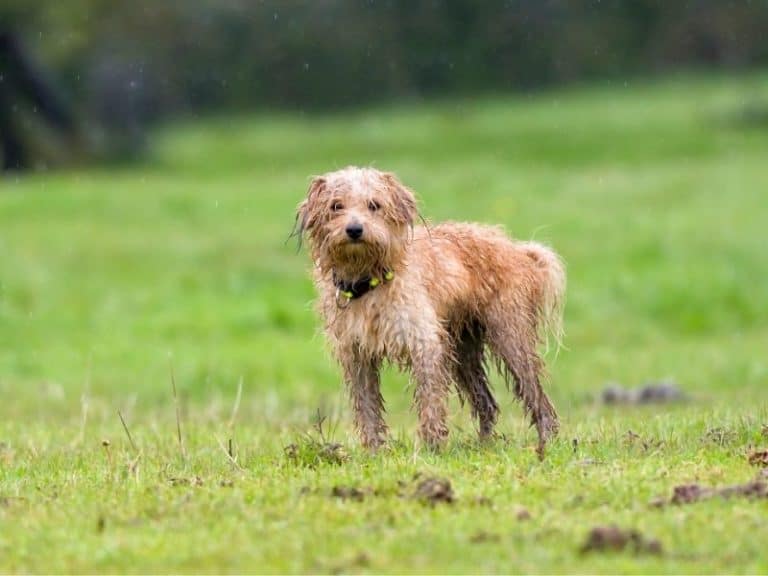 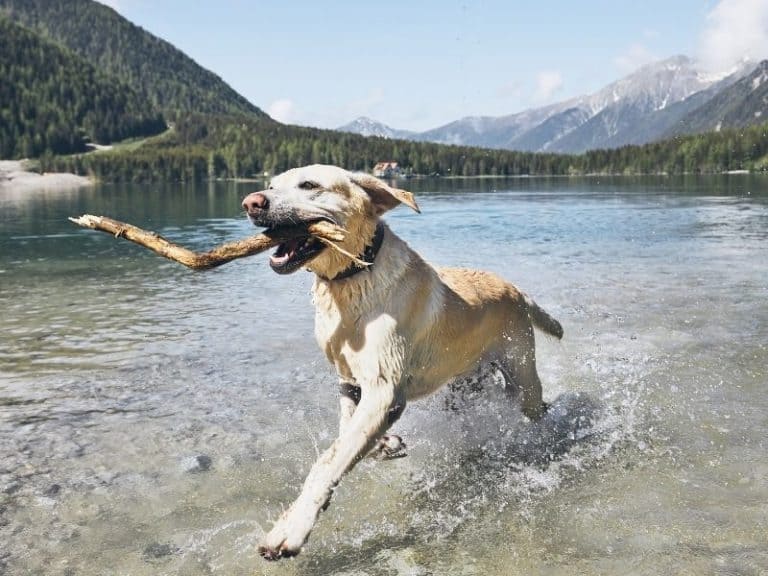 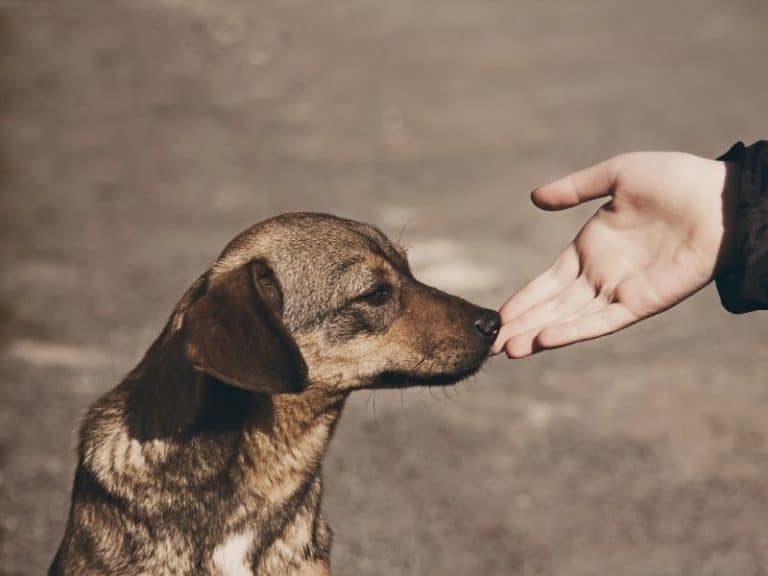 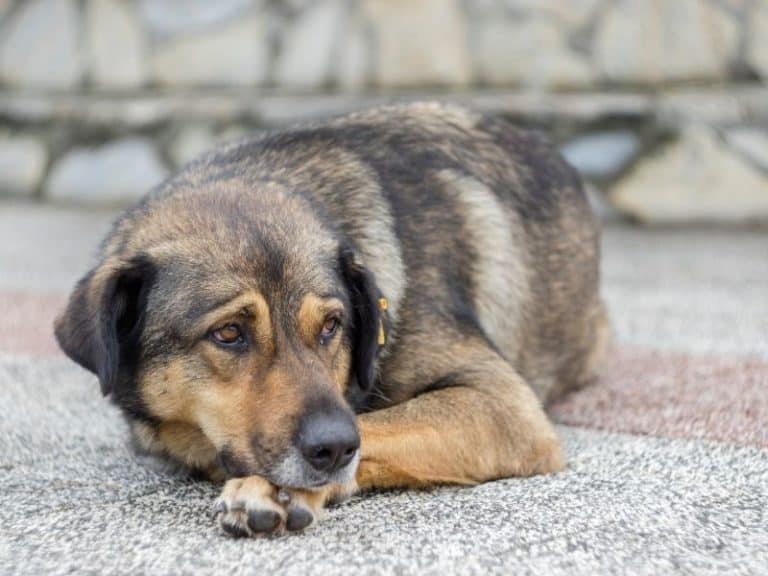 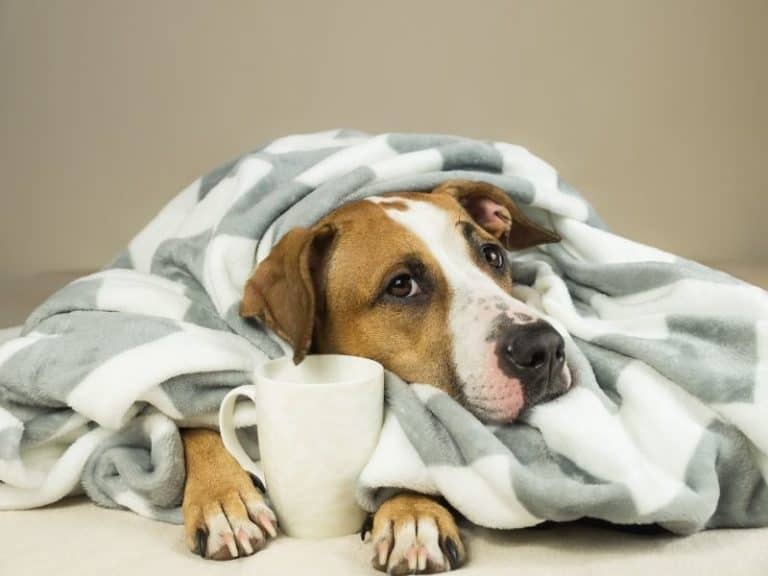 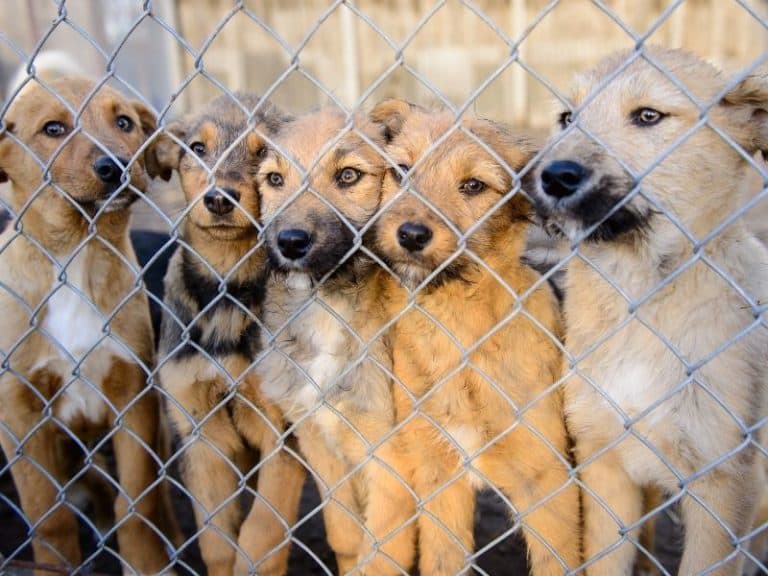